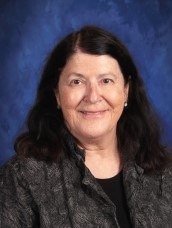 Mary Slee has been teaching at Canton Country Day School since 1998. She holds two post graduate degrees in music, a master’s in music from University of Akron, and a Graduate Diploma in Music Education from the University of Melbourne.

Mrs. Slee followed her passion to teach elementary music and began her music career in rural and city schools in the state of Victoria, Australia. She returned to live in Canton, Ohio, where she has dedicated herself to her second home, Canton Country Day, and is delighted to be back in the beautifully crafted music room where she teaches General Music K-5, Choir and Middle School Music Electives. She lives in Jackson Township with her husband Tony, (who is still a volunteer for the CCDS Music Department), two dogs and a cat. She remembers when her daughter Emily attended CCDS for six years.

Mrs. Slee is represented in the directory of Who’s Who of American Teachers. Her philosophy about CCDS is “I stay true to the past of our school while reinventing my job for each child’s future.”  Hobbies include listening to Australian music, reading online newspapers, attending musical theater in New York City and the Cleveland Playhouse, and listening to podcasts about her Australian football team, the Melbourne Demons.