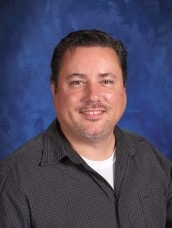 Matt Dudack has been teaching at Canton Country Day School since 2002. He directs the concert band and jazz band, leads a world drumming class, and assists with the musical. Mr. Dudack has a bachelor’s degree in Music Education (Instrumental) from the Hartt School and a master’s degree in Percussion Performance from the University of Akron.  He is a member of the Akron Symphony Orchestra, a founding member of Akros Percussion Collective, and performs as a freelance percussionist all over northeastern Ohio.

Mr. Dudack is an active member of the Ohio Music Educators Association, the Percussive Arts Society, and the National Society of Steel Band Educators.

Besides his duties at CCDS, he is also on the faculties of the University of Akron and the Miller South School for the Visual and Performing Arts. As a steelpan artist, Mr. Dudack has traveled to Trinidad and Tobago, and was executive director for a DVD/PBS show entitled, “Hammer on Steel: Bad Boys and Genius,” which was nominated for eight Emmy Awards.  He has performed internationally with Akros Percussion Collective and at multiple Percussive Arts Society International Conventions.

A native of Connecticut, Mr. Dudack lives in Akron, where he enjoys cooking and rooting for the New York Yankees.